Getting from San Francisco to Tahiti

SFO offers nonstop flights to more than 121 cities. More than 65,000 international flights operated through SFO in 2017, making SFO not only the largest airport in Northern California but also the second busiest in the state.

Getting to and from SFO is a breeze. Public transit such as BART (Bay Area Rapid Transit), Uber, Lyft, or taxis is readily available and recommended when you are in the city as traffic can be heavy.

Flying from SFO to PPT

Papeete is the entry point for all international visitors. It is the capital city of French Polynesia and is located on the island of Tahiti, about 4,207 miles from San Francisco. The flight time between SFO and PPT is about nine hours. Tahiti is the largest island of The Islands of Tahiti where nearly 70 percent of French Polynesia’s population lives. It is located on the eastern side of the International Date Line in the same time zone as Hawaii. There is a three-hour time difference between San Francisco and Papeete. 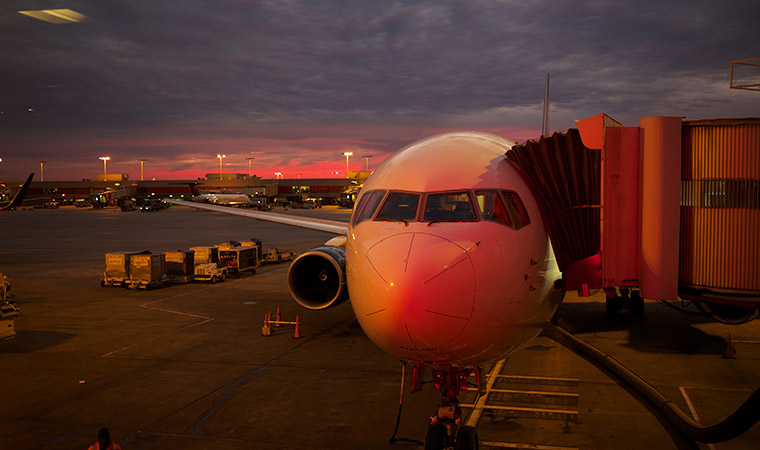 Previously, the only nonstop service to Tahiti from the U.S. mainland was from Los Angeles on Air Tahiti Nui and Air France with economy fares in the $1,300 – $1,500 round trip range. Hawaiian Airlines also flies between San Francisco International (SFO) and Papeete (PPT), though the schedule is limited and requires a stopover in Hawaii.

United Airlines has committed to offering flights to The Islands of Tahiti, too. They added a new nonstop flight from San Francisco to Papeete that will begin Oct. 30, 2018. The airline will fly between the two airports three times per week, departing Tuesdays, Thursdays, and Sundays with a Boeing 787 Dreamliner.

Flights are just the first step in planning your perfect vacation to The Islands of Tahiti. Be sure to contact a Tahiti Specialist to help you every step of the way.

Flying from PPT back to SFO 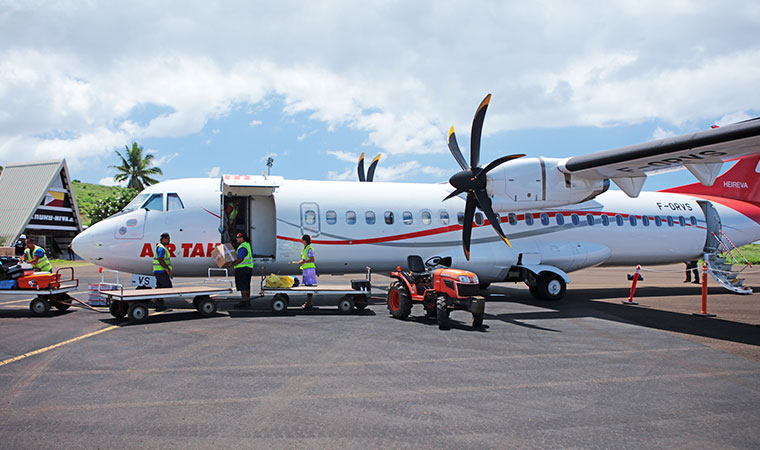 Tahiti-Faa’a International Airport has two drop-off points in front of its terminals and 600 paid car-parking spaces, which are split into three zones. Tahiti-Faa’a International Airport also has a bank, ATM machines, a travel agency, a baggage hold service, an internet zone, and several restaurants within it. You can also rent a mobile WIFI device from Tahiti WIFI to take with you and use throughout your visit to The Islands of Tahiti.  With it, you can purchase up to 20 GB of data to stay connected during your visit. A Tahiti Tourisme information desk is also located within the airport for additional information upon arrival.

If you are flying internationally, there are a few things that you should know before you get the chance to stamp that page in your passport.

Your passport must be valid for six months beyond the date of departure from French Polynesia. If you are traveling as a tourist, you must be in possession of a return ticket upon arrival. Wondering if you need a visa to visit Tahiti or other islands in French Polynesia? Wonder no more. You do not need a visa if you enter on a regular tourist passport and your stay is no more than 90 days. Check out French Polynesia’s visa requirements for more visitor’s information. If the purpose of your trip is not tourism (work, scientific research, etc.), then there may be an extra requirement to obtain a visa before your arrival in French Polynesia, so be sure to check!

It’s important to note that when flying internationally between Papeete and San Francisco, different countries have varying laws regarding what you can and cannot bring in and out of the respective country, too. This can include food, pets, and medications. Even over-the-counter medications may be prohibited in some countries. Check with The Islands of Tahiti’s embassies and consulates in the U.S. to find out what is prohibited.

What You Can Bring Back with You 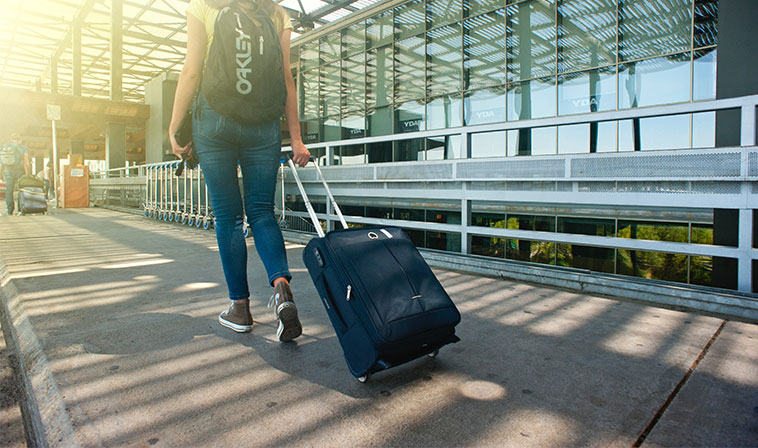 While in The Islands of Tahiti, there is no doubt that you will find items you’ll want to take home with you to remember your trip. While Tahitian vanilla and Tahitian cultured pearls are a favorite souvenir among visitors, there are some items that you cannot bring into the United States that you should be aware of. For information on U.S. customs regulations and procedures, see the Customs and Border Protection booklet: Know Before You Go.

Prohibited items may include:

If you are planning a trip to The Islands of Tahiti, make sure to check our Getting to Tahiti page and plan your trip to Tahiti with a Tahiti Specialist.