Tahitian tacos are inspired by the The Islands of Tahiti’s national dish poisson cru, a dish made with fresh tuna, marinated in lime and coconut milk. Tahitian chef, Heimata Hall of Moorea Food Adventures, created this recipe after being inspired by his travels, combining the flavors of the South Pacific, with a classic Mexican dish. He makes his tacos on Tahiti and Moorea with locally sourced seafood and tropical fruits such as mangoes and coconuts.

Every bite will feel like a vacation to this magical island paradise! 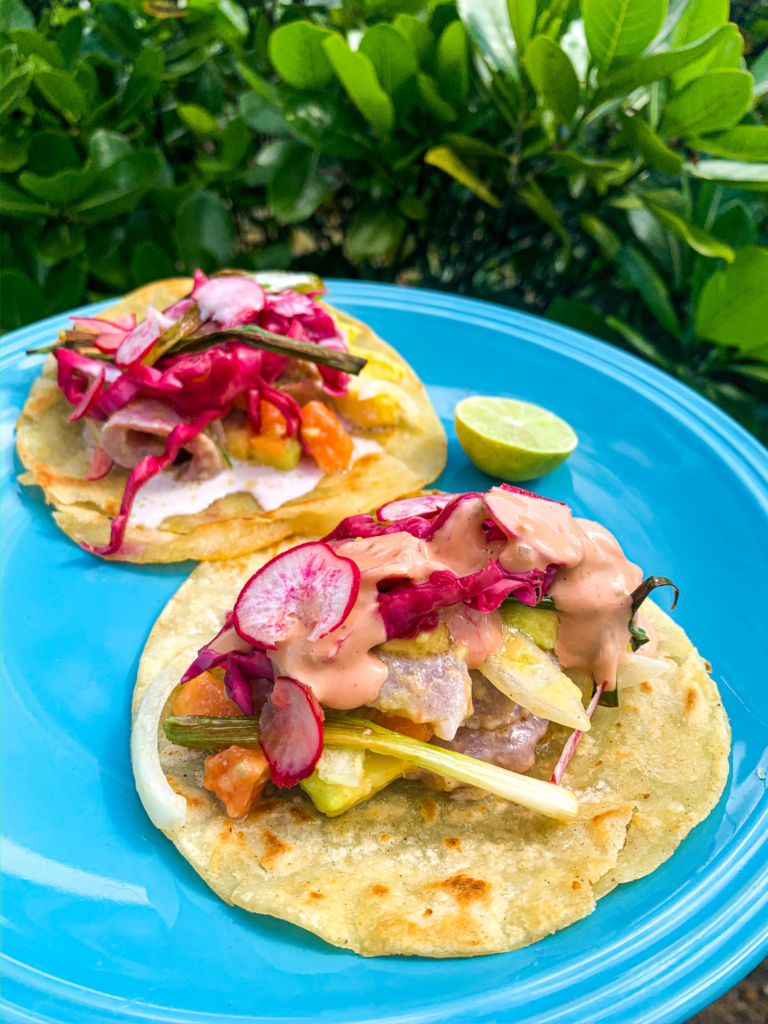 Poisson cru is made from the essential ingredients of traditional Tahitian food, raw fish, coconut milk, lime, and sea salt. Over the years the recipe has evolved to include elements from French cuisine as well, including carrots, onions, and tomatoes. As Chef Hall says “every dish has a story” let us share this culinary story with you!

Tama’a maita’i is how you say “Eat well!”  in Tahitian. Enjoy these delicious Tahitian tacos and dream of your next visit to The Islands of Tahiti. 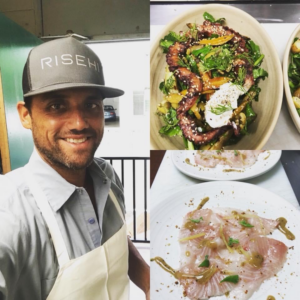